We were honored this past weekend to have had Hershel Woodrow “Woody” Williams aboard Southern Comfort. Mr. Williams is a decorated world war II war veteran and fought at Iwo Jima where received the Medal of Honor for his actions during that conflict.

William tried to enlist in the Marines but was two young at the time. His second attempt was when he was 18 in 1942 but was too short for the service.  In 1943 when hey changed the hight regulations he was enlisted in the Marine Corps Reserve in West Virginia.

Mr. Williams received his training in San Diego, and after completing training he joined the tank training battalion on Aug, 21,1943. From there he was assigned to the 32nd Replacement Battalion in late 1943. In 1944 he was part of the headquarters company and and saw action against the Japanese during the battle of Guam.  Williams’ last battle was at Iwo Jima where he went above and beyond the call of duty and was awarded the Medal of Honor. He is only one of three recipients of this medal still alive from the war.

He now has his own foundation the Hershel Woody Williams Medal of Honor Foundation.  His foundation honors gold star families for their sacrifice and travels the US dedicated to this cause. He was here in Charleston, SC to dedicate a memorial at Patriots Point the memorial was dedicated  to families who have lost loved ones in wars. We were asked by the foundation if Woody and his group could stay aboard Southern Comfort while in town dedicating the memorial.  What a great way to have a Navy Vet spend time in Charleston!  We were humbled and honored at the change to have such a dedicated war hero aboard.  I was mistaken in asking if Woody would be ok to walk up and down stairs at his age.  I was told very quickly that his group has a hard time keeping up with him and would have no problem with stairs.  Sure enough when I greeted  them at the top of the dock he was full of energy and and was able to keep up with me and I’m a very fast walker! Once we got everyone aboard I showed them around and they could not believe the size of the boat and how roomy it was.  I had an opportunity to sit and talk with Woody for a bit.  What an amazing man, it was truly an honor to have him aboard.  Both of my grandparents served in the war and always admired both of them for there service and bravery.  Woody is a living legend and a dying generation.  We must remember the sacrifices our parents and grandparents have made for us so we can have the opportunities we do. 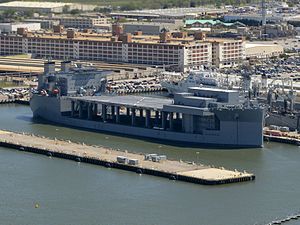 Woody also just had a ship christened in his name and honor in October 2017.  USNS Hershel Woody Williams (T-ESB-4)  The ship was laid in 2016 and was completed in 2017, it was built by General Dynamic’s. The ship is 785 feet long and has a beam of 164 feet. The ship is an Expeditionary Sea Base (ESB), that is a highly flexible ship that can provide logistic movement from sea to shore. This boat can support many military operations and is the base of the Alaska class crude oil carrier.

This year while watching the start of the Super bowl, a game I don’t normally watch I noticed someone that I recognized on the field.  It was Woody Williams,  I asked for the volume of the TV to be turned up. He was representing his foundation and in charge of the coin toss for the start of the game!  It was truly amazing to see someone you just met the week before on the field of the Super bowl.  Congrats to you Woody for a great job and thank you and everyone else that has served our county and for those that have given all.